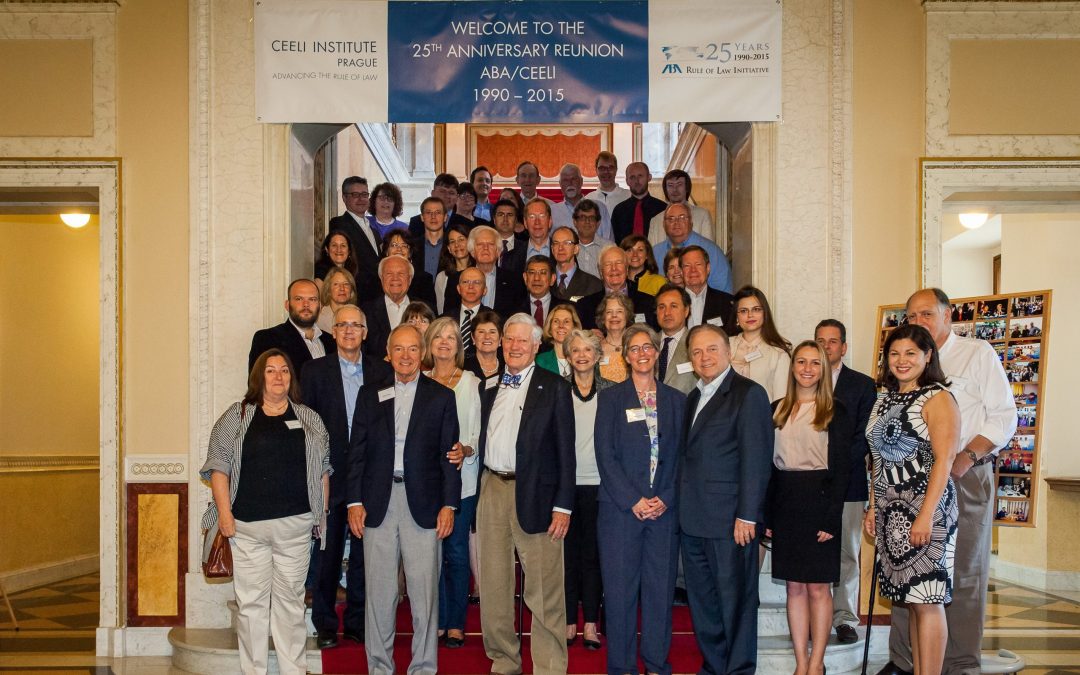 In June, the CEELI Institute and the American Bar Association Rule of Law Initiative (ABA ROLI) joined together for a very special meeting in Prague, to mark the 25th anniversary of the creation of original American Bar Association/Central and East European Law Initiative (ABA/CEELI) project.  ABA/CEELI, founded in 1990, was the forerunner for both of current organizations.  The meeting also marked the 15th anniversary of the creation of the CEELI Institute.  The occasion brought together many CEELI and ROLI alumni, and others who have been prominent supporters of our efforts. The festivities were kicked off with a special video greeting from Justice Sandra Day O’Connor, offering reminiscences on the work of ABA/CEELI, and congratulations on the current commemoration.  This was followed by a remarkable founders panel, bringing together, once more, Homer E. Moyer, Jr., Sandy D’Alemberte and Mark Ellis—who constituted the original team behind CEELI. Over 70 people attended the entire three day event, filled with substantive panels on issues such as the regional rise of illiberalism, the challenges of judging in the 21st century, and the insidious ways in which corruption undermines the rule of law. The 25th anniversary event offered a special opportunity for reflection and stock taking on the progress in implementing the rule of law, both in this region and around the globe, as well as an opportunity to look at the many lessons learned from the CEELI experience