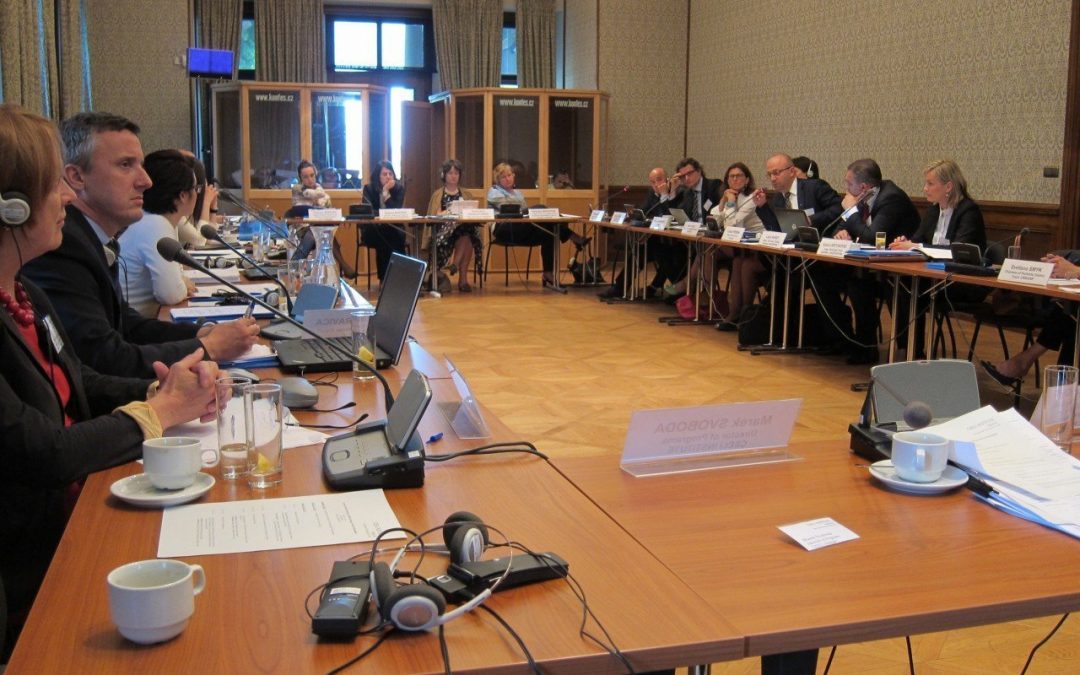 Today began the Central and Eastern European Judicial Exchange Network Roundtable here at the Villa Gröbovka. Most of our participants, coming from 15 different countries all over Central and Eastern Europe, arrived yesterday and were ready to begin at 9 am this morning. The day began with introductions of all participants and opening remarks by CEELI Institute Executive Director Christopher Lehmann and our two moderators for the Roundtable, Judge John Tunheim from the United States and Judge Jan Westhoff from The Netherlands. Judge Tunheim is a federal district judge from Minnesota, and Judge Westhoff, in addition to his work in The Netherlands, works for the European Union Rule of Law Mission in Kosovo.

After the initial round of introductions, the Roundtable members dove into the first topic of discussion. This first session focused on the topic “Using International Standards to Strengthen Judicial Independence.” The discussion was introduced by Judge Cristi Danilet from Romania, who gave an overview on international standards and how they can be applied and implemented.
Judge Danilet’s presentation prompted a debate on the ideal makeup of judiciary committees and the role of legislators and lawyers within those committees. The debate progressed into a robust discussion of judges as individuals within their greater national and international structures and institutions. This conversation encompassed topics of judge security, accountability, and independence. The group broke for lunch and was welcomed back in the afternoon with a short presentation by Croatian judge, Davor Dubravica.
Judge Dubravica’s talk dealt with strategies on how to involve the international community and put pressure on states when governments interfere with judicial independence. This talk led many participants to share experiences with false accusations, harsh probation periods, and troubling laws that compromise judicial integrity. After sharing experiences, strategies, and best practices, individuals were tasked with creating personal action plans to draft their own strategies for the problems they face at home. Today was a busy day for all participants, and the CEELI Institute is grateful for the high level of engagement and debate exhibited throughout today’s proceedings.