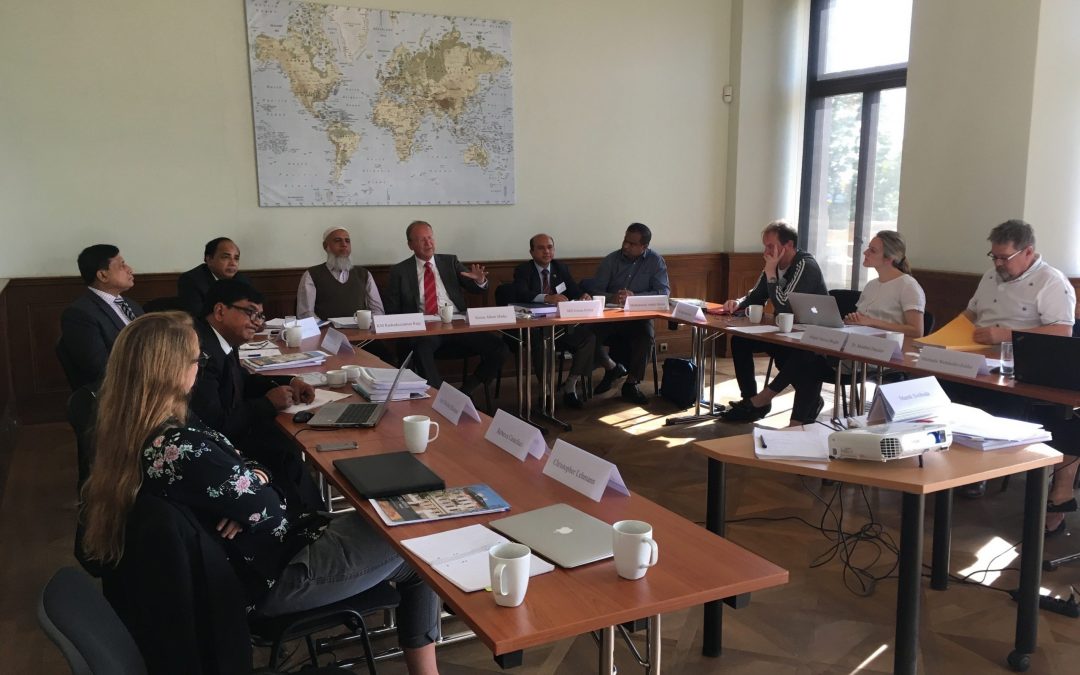 Five Bangladeshi judges spent two weeks at the CEELI Institute in September as part of a collaboration with the National Centre for State Courts’ (NCSC) program, “Countering Terrorism Through a Strengthened Rule of Law Framework”. During the first week, the judges participated in substantive exchanges led by judicial and prosecutorial experts from Canada, the Czech Republic, Germany, the Netherlands and the United Kingdom. Topics included best practices in adjudicating terrorism and other complex criminal matters, and afforded the Bangladeshi delegation plenty of opportunities to discuss common challenges with their international colleagues. The judges also visited the High Court in Prague, where they had the chance to see the Czech justice system in action. The program made particular reference to the Good Practice documents developed by the Global Counterterrorism Forum.

The second week of the program was dedicated to a hands on effort to draft and revise a specialized bench book for use by judges handling terrorism cases. Facilitated by international experts from the US, the UK and Germany, the judges conducted a careful review of the draft bench book, drawing upon knowledge gained during the training sessions in week one as well as their own expertise in Bangladeshi law. By the end of the week, the draft had been significantly revised, and is well on its way to becoming an effective tool for the judiciary of Bangladesh in the fight against terrorism and related crimes.