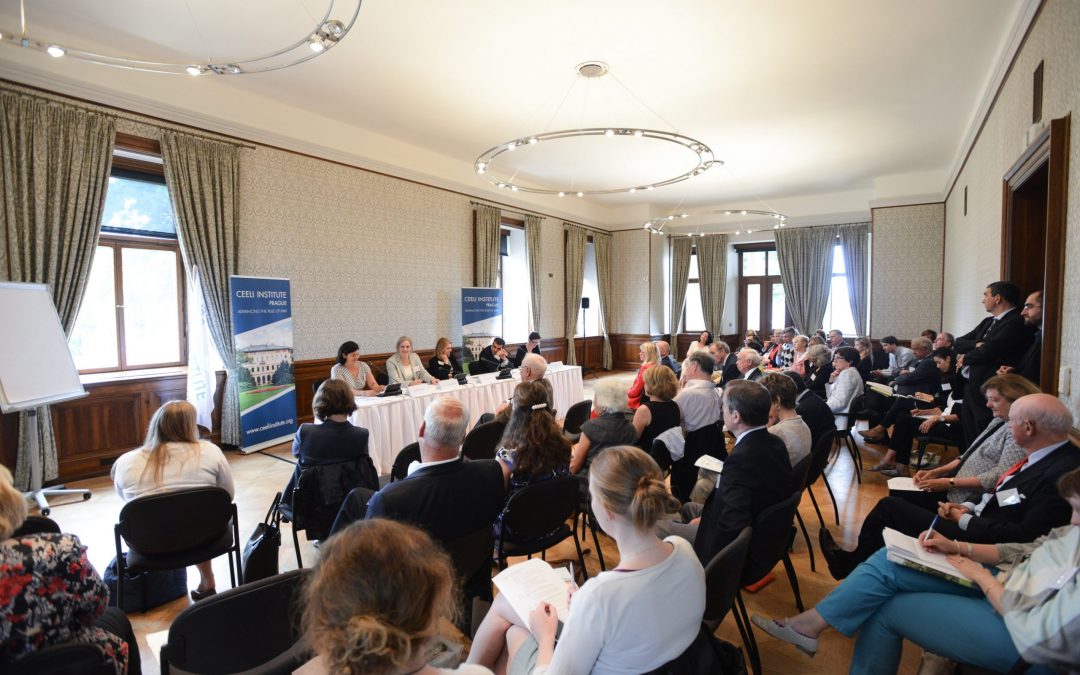 The Villa Grébovka was packed with friends and colleagues from around the world for the Institute’s Annual Meeting on June 26th-28th, 2016. Board members, faculty, donors, former CEELI alums, and many more friends and colleagues came together in Prague for an opportunity to review our efforts over the past year, and to look ahead to programs for the coming year. This year’s meeting focused particularly on the ongoing challenges involved in delivering assistance in environments that are experiencing deliberate repression of civil society. Attention was given not just to the problems, but to possible solutions, including examination of effective strategies for delivering development assistance and supporting civil society in the face of hostile environments and government repression.

We were particularly delighted this year to welcome the U.S. Ambassador to the Czech Republic, the Hon. Andrew Schapiro, to speak about the embassy’s on-going efforts to promote anti-corruption initiatives in the Czech Republic. Ambassador Schapiro praised the Institute’s continued efforts across the spectrum of its programming and fielded some excellent questions on the perception of the US government’s efforts in Prague and across the rest of the country.

The Annual Meeting was rounded out with panels that highlighted current CEELI projects, including overviews of the Conference of Chief Justices of Central and Eastern Europe, and of our on-going anti-corruption courses. Two themed panels addressed Civil Society Organization in Crisis: Strategies for Support and Strategic Lawyering: The Role of Lawyers in Responding to Active Repression of Civil Society and Human Rights. As per usual, the panels proved to be the highlight of the meeting as the Institute welcomed an incredibly impressive array of speakers including Alina L. Romanowski, the U.S. State Department’s Coordinator for Assistance to Europe and Eurasia, Nadia Diuk, Vice President, National Endowment for Democracy, recently released political prisoner and human rights lawyer Rasul Jafarov from Azerbaijan, and Nicola Macbean, Executive Director of The Rights Practice in London.

The event wound down with a cocktail reception at the Villa Grebovka where guests and panelists continued discussions on pertinent issues raised throughout the day. CEELI Institute staff is ever grateful and humbled by the turn-out and support from friends and colleagues from around the globe and are already looking forward to next year’s program!