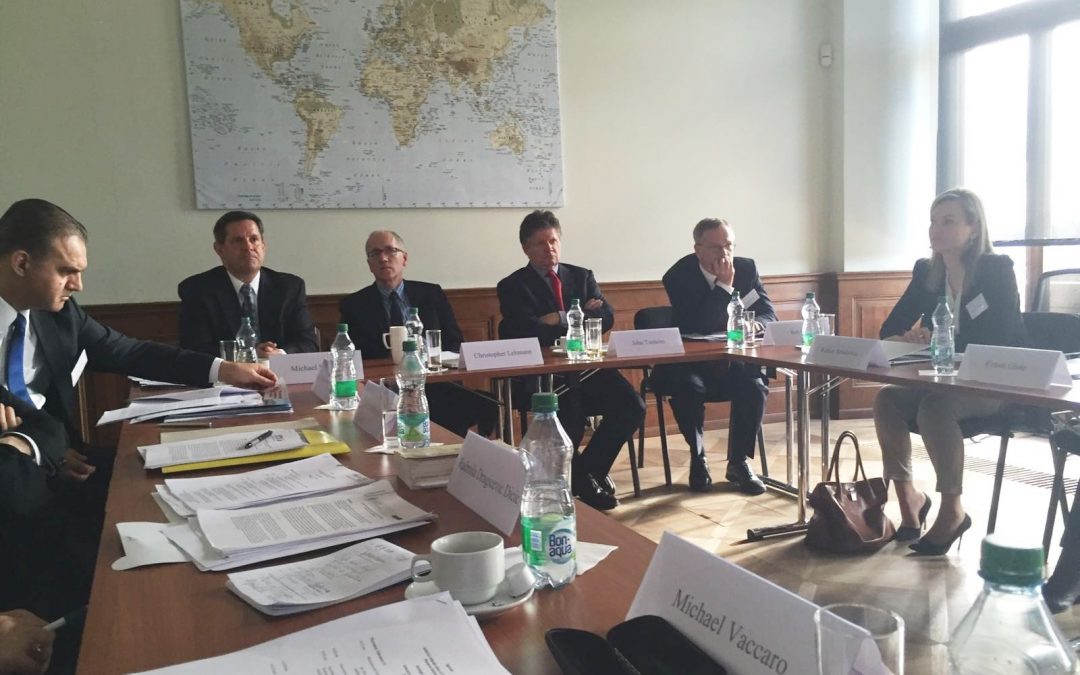 In February, in partnership with the Malta-based International Institute for Justice and the Rule of Law (IIJ) and with funding from the US State Department, the CEELI Institute initiated a multi-year program working with judges from the western Balkan region who must handle complex cases involving issues of terrorism, national security, and the transit of foreign fighters.  In particular, the program will promote understanding and use of relevant international guidance for judges on these matters, including particularly the Global Counterterrorism Forum’s (GCTF) Hague Memorandum Good Practices for the Judiciary in Adjudicating Terrorism Offenses.

In light of the increased terrorism across Europe, the vast transit of refugees to Europe from Syria, and the particular burdens this puts on the Balkan countries, the issues encompassed by the GCTF Good Practice documents are more important than ever. The continuing civil war in Syria and other conflicts in the region put special burdens on the Balkans, with increasing numbers of foreign terrorist fighters either leaving their native Balkan homes to go fight abroad and then returning, or foreign fighters entering the Balkans under the guise of being refugees. In either case, judges across the region need to be trained and prepared to handle cases involving both domestic terrorism and the new phenomenon presented by foreign fighters.

A preliminary strategy session was held at the Institute in early February, and brought together judges from five of the affected Balkan countries, along with a U.S. judge, highly experienced counterterrorism experts, CEELI Institute and IIJ staff. The Institute was delighted to welcome back Judge John R. Tunheim, Chief Judge of the United States District Court for the District of Minnesota, and a veteran faculty member of some of our most prominent programs and a wealth of knowledge on the Balkan region, to participate in and lead several segments of the meeting. Discussions surrounded the current experiences and capacity of the judiciaries across the Balkans in dealing with cases involving terrorism, including examination of particular cases handled to date by courts in the region. The two-day session also involved an in-depth discussion of key GCTF Good Practices, and their relevance to the work of the judges in the region, as they face increasing numbers of such cases.

The Institute is now in the process of preparing more comprehensive sessions for a larger group of judges from across the region, to explore the issues involved in handling terrorism and foreign fighter cases in greater depth. At least twenty judges from six countries – Albania, Bosnia and Herzegovina, Kosovo, Macedonia, Montenegro, and Serbia – will be selected by their high courts or court presidents to participate in the first training session in early summer of this year.