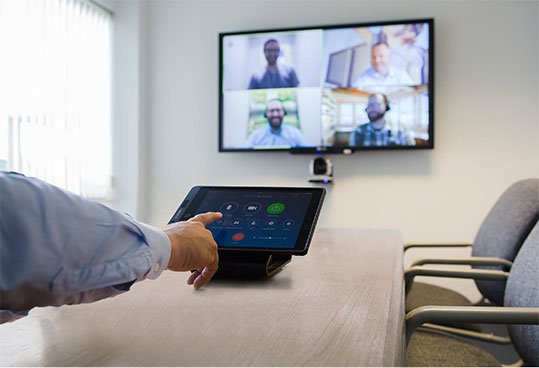 In April the CEELI Institute launched a four-part webinar series exploring the ways in which judges in Europe are currently using remote technology to continue the work of the courts.

This timely series was developed to address and analyze the current slew of ad hoc solutions being undertaken by courts in the region to continue functioning under the current pandemic context. Among other things, the series highlights the experiences of judges in the region to date, as well as some of the serious concerns and problems resulting from the use of ad hoc technological solutions. Of prime concern is that with the rush to adopt technical solutions for remote judging, proper attention has not been given to all the legal consequences involved, including protections of the fundamental rights of the accused and of the public to a fair trial. Another of the themes that have come up in the discussions to date is the extent to which ad hoc solutions are acceptable in the current pandemic context, but should not be transferred over to post-quarantine life. While the discussions in the webinars inevitably focus on the current situation, these webinars are also a chance to talk about video-conferencing in the courts more broadly. The webinar series aligns with the Institute’s overarching goals of building public trust and promoting accountability and transparency in the judiciary.

This initial four-part series of webinars take place every two weeks and provides a forum for our judges, special guests and members from judicial organizations to meet online and discuss topical themes related to challenges in delivering justice via videoconferencing platforms. The inaugural Webinar featured a presentation from a member of our Central and Eastern European Judicial Network Judge and detailed the current approach by his country\s judiciary as well as the difficulties and challenges they have encountered.  Among the issues highlighted were difficulties of examining evidence via teleconference, challenges in verifying the identity of parties and witnesses, infringements of attorney-client privilege (and access to course), and adoption of procedures that fall short of the fair trial guarantees established under the European Convention on Human Rights.

For the second webinar session, we were honored to feature the Rt. Hon. Lord Justice Bernard McCloskey, President of the Northern Ireland High Court, who provided an overview of the various challenges that are presented together with the experiences of his court in using technology. Lord Justice McCloskey was particularly attentive to the potential violations of legal and constitutional rights, both of the parties and the public, which could be infringed through cavalier use of technology for conducting remote court proceedings, and of the need to protect those rights. The webinar also featured Ilze Tralmaka from the Brussels based NGO Fair Trials International, who further outlined the need for fair trial safeguards in remote criminal procedures; and provided details of their recent publication ‘Guide to Remote Justice Procedures’. Roman Kuybida, Deputy Head of Centre of Policy and Legal Reform, based in Kyiv, gave an account of how the courts in the Ukraine are dealing with the situation including an example of a judge who is broadcasting his court to the public via YouTube. The discussions highlighted many of the challenges involved in remote judging, and potential for infringement of rights guaranteed under the ECHR and other domestic and international instruments if careful attention is not paid to the manner in which remote judging is handled.

We look forward to continuing and expanding this series.