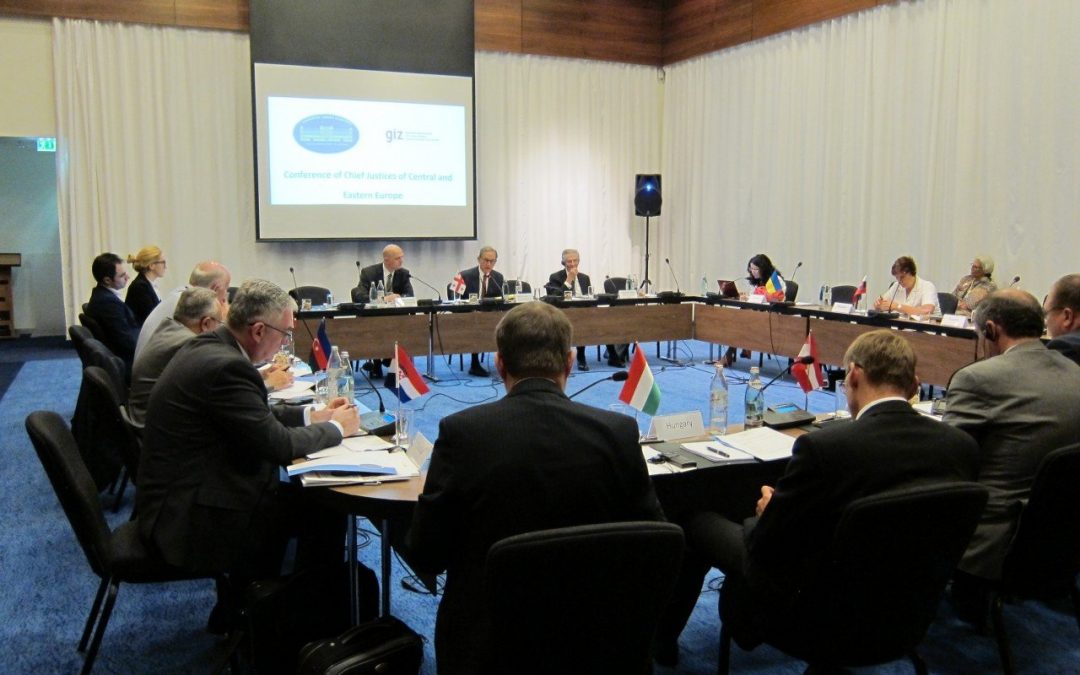 The Conference of the Chairmen of the Supreme Courts of Central and Eastern Europe began yesterday, June 23, in Tbilisi, Georgia. The conference, launched by the CEELI Institute in 2007, is now a self-sustaining program dedicated to eliminating judicial corruption by sharing experiences and discussing issues occurring at the highest levels of the region’s justice systems. CEELI Executive Director Christopher Lehmann is attending the conference, along with Board member Judge John Walker, who has attended and shepherded the project since its conception in 2007. Judge Walker is pictured below alongside Judge J. Clifford Wallace, of the U.S. Ninth Circuit Court of Appeals, and Justice Vesna Medenica, President of the Supreme Court of Montenegro. Read more about the conference here.