Confronting External Pressures on the Judiciary in Central and Eastern Europe 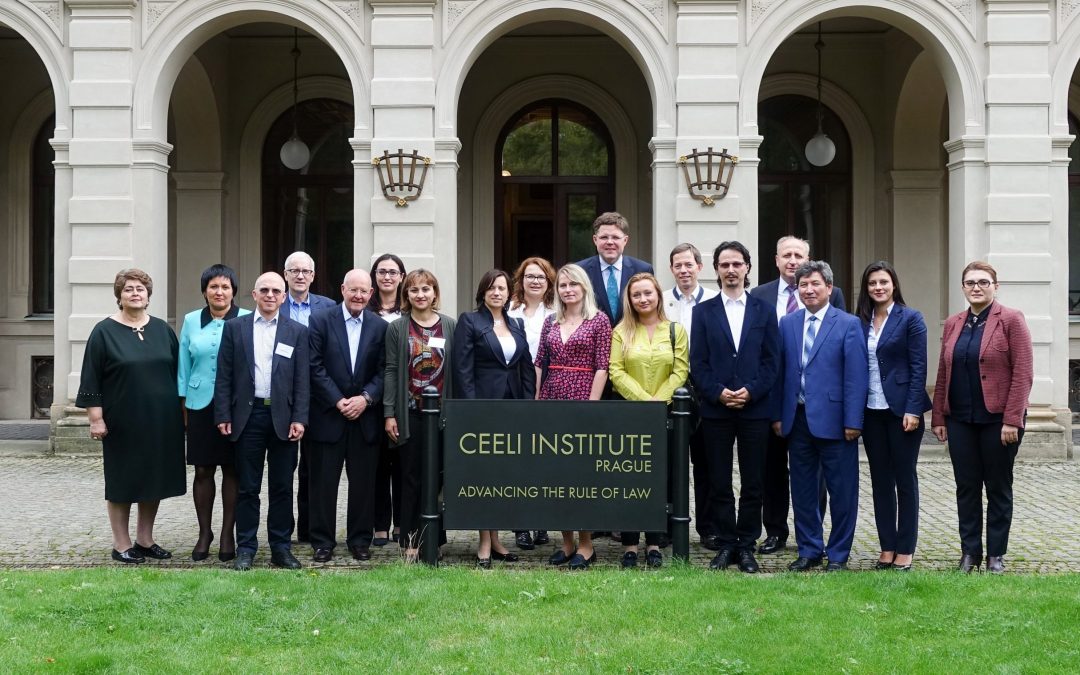 The CEELI Institute continues to be deeply engaged with judiciaries of Central and Eastern Europe, primarily through our ongoing Network of rising young judges, now entering its sixth year of programmatic activities and efforts.  The young judges are increasingly concerned about coping with the external pressures—political, social, media—that work to undermine judicial independence in the region. Recent legislative interference with the judiciary in Poland has been well reported, but disturbing trends are reported across the region. With knives out for judges across the region, they are also keen to pay greater attention to ethical issues, and to avoid conflicts and ethical pitfalls that have caught up with some of their peers. In September the CEELI Institute organized several events to address the increasing pressures on judges, and how to cope with them.

These included a workshop on judicial ethics at the Institute’s Villa Grebovka in Prague, which provided the judges with a framework for dealing with external pressures, and for analyzing and resolving ethical issues that may arise in the course of judicial work. We were particularly fortunate to be joined for this program by Judge Anthony Scirica of the U.S. Third Circuit Court of Appeals, one of the leading American jurists on these issues, who is also currently Chair of the US Judicial Conference’s Committee on Judicial Conduct.

On September 25th the Institute organized another in its continuing series of webinars on judicial issues, this one focused on the Freedom of Expression of Judges, and led by renowned Czech expert, David Kosar. Head of the Judicial Studies Institute (JUSTIN) at the Law Faculty of Masaryk University. Issues of judicial expression are much less settled in the CEE region than in the US; the webinar explores the limits on a judge’s freedom to express his or her personal opinion and convictions during exercise of judicial duties in the courtroom, as well as extra-judicially (for example in social media, which, unlike the US, is a common communication platform for many judges in the region).

September also saw the CEELI Institute again supporting the Association of Croatian Judges in their organization of their third annual international conference focused on the issue of public trust in the judiciary.  The program (held in Zadar, 22-23 September) brought together 90 judges from Europe and beyond to discuss how to build public trust in the judiciary by improving professional skills, improving effective access to justice and improving communication through new media.

The CEELI Institute is grateful to the support of the U.S. Department of State’s Bureau on International Narcotics and Law Enforcement Affairs (INL) for its ongoing funding of our work with judges in the region.