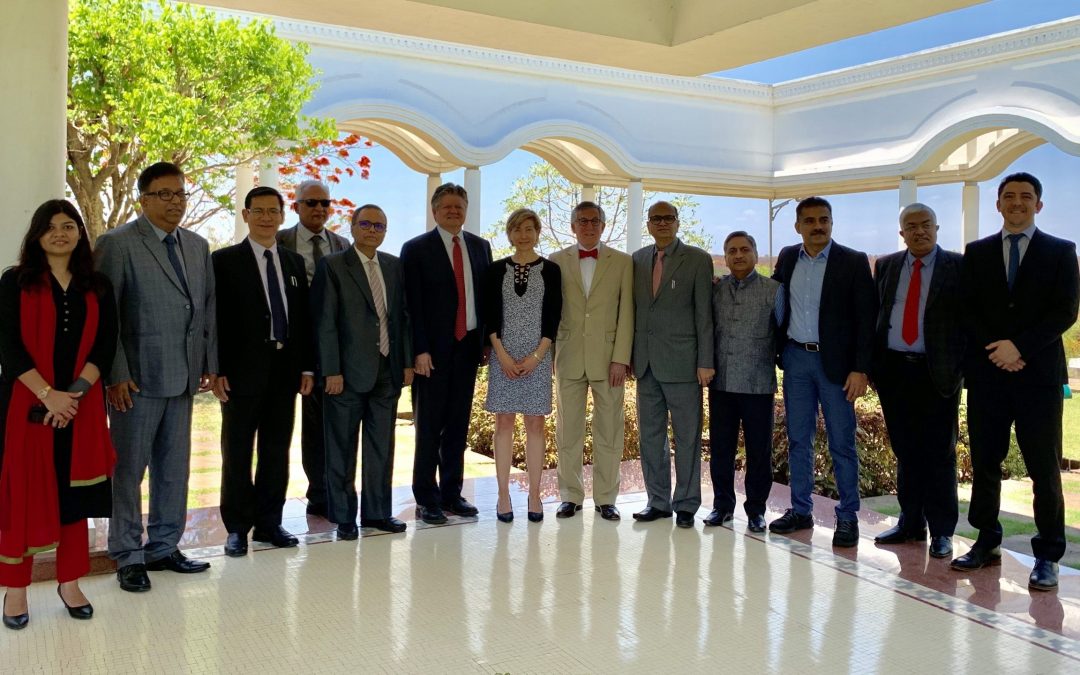 After three years, the CEELI Institute, in September, concluded its counterterrorism adjudication initiative for Indian judges. The project was a multilateral effort partnering the Institute with the Federal Judicial Center of the United States (FJC) and the National Judicial Academy of India (NJA). The project consisted of three phases, with the goal of working with the NJA in creating a unique curriculum for Indian judges that ties international good practices for adjudication of terrorism cases to national legislation and judicial practice, while at the same time incorporating a modern pedagogical approach in lieu of more traditional lecture-based teaching methodology.

Phase I of the project consisted of a 3-day review of the Global Counterterrorism Forum’s Hague Memorandum of Good Practices for the Judiciary in Adjudicating Terrorism Offenses, for 26 Indian high court justices, from which eight were selected by the NJA to be trainers. Phase II started with a week-long study tour in the US where the eight justices participated in three days of programs on adult education at the FJC facilities in Washington, and a 2-day site visit to courts in California. The group was hosted by U.S. District Judge David O. Carter in California, and was exposed to the workings of both the US federal and state court systems. Following the exchange in the US, the justices were assigned by the NJA with the challenging task of creating a new curriculum for first instance judges in India who are assigned to handle terrorism trials. The curriculum was to not only incorporate the international good practices found in the Hague Memorandum, but also employ a new pedagogy, incorporating active learning techniques. With continuing support from CEELI and the FJC, the justices worked and reworked their training modules for ten months before embarking on the third and final phase of the project – implementing their new curriculum. Phase III consisted of two two-day workshops for a total of 80 first instance judges, facilitated by the NJA and administered by the eight justices. The workshops were a tremendous success, garnering high marks from participants, many of whom requested future trainings on other topics incorporate a similar methodology.

While the project has concluded, the NJA has been left with a new, replicable counterterrorism curriculum, as well as a deeper appreciation and understanding of modern adult education techniques, and the CEELI Institute has gained a valuable new partner with whom it looks forward to working with again in the future.