NGO’s AS JUDICIAL WATCHDOGS: A NEW REPORT AND RECOMMENDATIONS 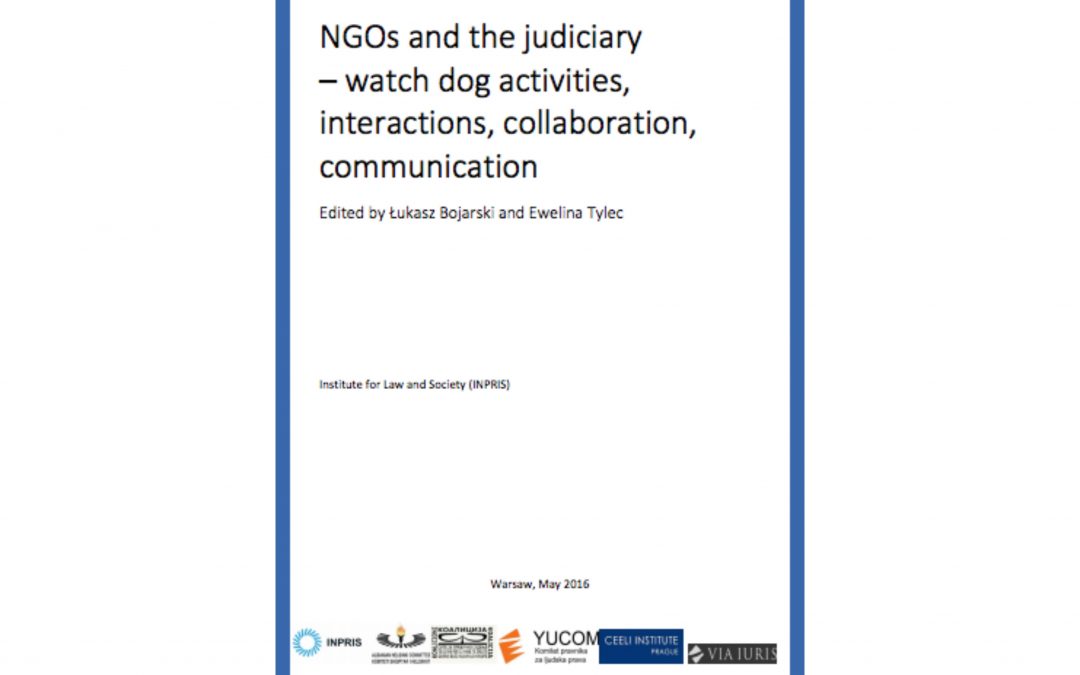 NGO’s AS JUDICIAL WATCHDOGS: A NEW REPORT AND
RECOMMENDATIONS

The CEELI Institute is gratified to have participated in the preparation of a landmark effort to promote and define the role of NGOs in monitoring court proceedings and the function of the judiciary. The final project report, NGOs and the Judiciary: Watchdog Activities, Interactions, Collaboration, and Communication, was recently published by the Warsaw based Polish NGO, the Institute for Law and Society (INPRIS). The publication represents the culmination of a two-year effort, funded by the International Visegrad Fund  and the Ministry of Foreign Affairs of the Republic of Korea. The CEELI Institute was one of six key NGOs contributing to this effort, along with counterparts in Poland, Slovakia, Albania, Macedonia and Serbia.

The report establishes key recommendations and good practice guidance for civil society organizations that are engaged in monitoring of the judiciary and judicial function. The recommendations have general applicability well outside the context of Central and Eastern Europe, and are models for NGO watchdog activities, and for NGO interaction with the judiciary. The recommendations emphasize the important role that NGOs and civil society play in assuring the transparent and effective operation of the judiciary, the need for cooperative engagement by NGOs and courts in the process of judicial monitoring, the role of NGOs in judicial training and education, and the need for NGOs to engage in shaping and informing public debate and discourse on the operation and reform of the judiciary.

The full report is available on the INPRIS website: