Rule of Law in Burma?: Discussion with Burmese Activists and Journalists 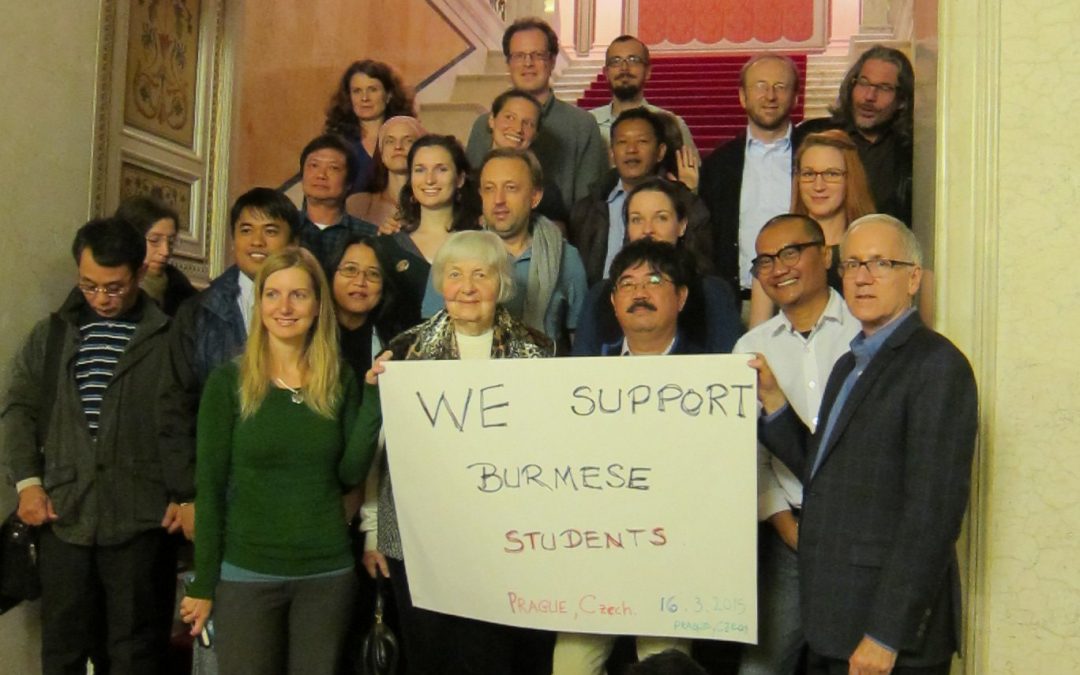 On Monday, March 16, CEELI Institute and the Burma Center Prague held a roundtable with representatives of several key Burmese non-governmental organizations and independent media.Among the speakers were Tate Naing and Bo Kyi of the Assistant Association for Political Prisoners – Burma (AAPPB), Aye Nai of the Democratic Voice of Burma (DVB), Han Min Soe of the Network for Human Rights Documentation – Burma (ND-Burma) and Kyaw Kyaw of the Network for Democracy and Development (NDD).

During the last four years, Burma/Myanmar has undergone a managed transition resulting in the gradual relaxation of what had formerly been one of the world’s most authoritarian regimes. Recently, however, it seems that progress has slowed down or even stopped in some aspects. We have seen some worrying developments, including an increase in ethnic tensions, and activists and journalists being sent to prison once again.  Panelists noted that reforms to date have been largely “superficial“ changes, with the military remaining firmly in control.  They particularly singled out frutstrations and continuing challenges to establishing the Rule of Law in that country.  The upcoming Parliamentary election, planned for this year—but not yet scheduled, or even assured—was also given short shrift.  Panelists were skeptical that elections really offered a way forward to true political change, noting that the existing constitution basically ensured continuing control of the government by the military despite the results of any popular vote.  They also cited concerns as to whether there could even be a fair election, and whether international observers would be allowed.

Panelists nevertheless called on the outside world to continue to support efforts at political and legal change in Burma, noting that training and engagement was critical to their efforts.  The CEELI Institute and Burma Center Prague are set to continue our training programs for Burmese Lawyers this year, in ongoing partnership with the Myanmar Lawyers Network.

The debate was organized by Burma Center Prague and the CEELI Institute – jointly providing assistance to Burmese lawyers and activists within a project funded by the Czech Ministry of Foreign Affairs.