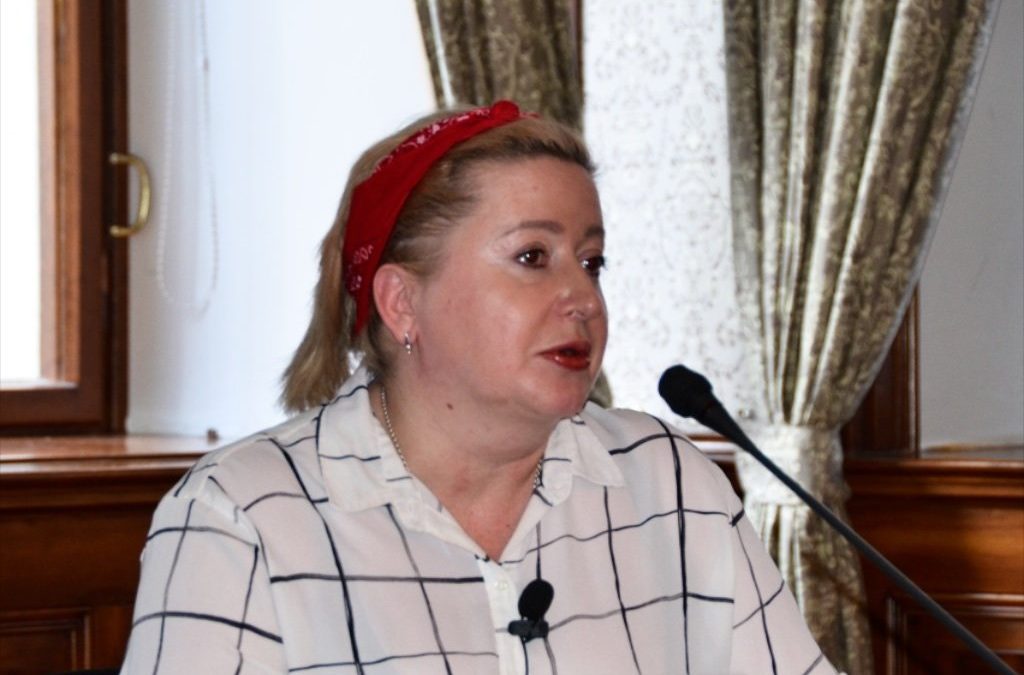 Celebrated Russian journalist, economist and citizen activist Olga Romanova gave an eye opening presentation at the CEELI Institute about the relationship between trend of prosecuting small businesses on accusations of economic crimes, official corruption in Russia and a passive judiciary. Ms. Romanova is a founding member of the “League of Voters” movement and “Russia in Jail” movement, a support and advocacy group for families of businesspeople imprisoned on false charges of economic crimes in Russia.

Ms. Romanova became a vocal proponent of the passage of a European “Magnitsky Act” because of the imprisonment of her husband, Alexei Kozlov, on what she and others claim were false charges. Sergei Magnitsky, the lawyer for Hermitage Capital, died in pre-trial detention where he was allegedly tortured and denied access to medical treatment. The US Magnitsky Act was named after him, and sanctions those people directly involved with his imprisonment and untimely death. Mr. Kozlov spent four and a half years in detention in Russia before the charges against him were dropped in 2013.

According to statistics cited by Ms. Romanova, district court judges in Russia review an average of 30 cases per week, and spend an average of 14 hours reviewing criminal cases involving alleged violations of norms per Russia’s Labor Ministry. These same judges are expected to hand down a minimum of 1000 years of prison sentences a year. This situation, along with Ms. Romanova’s assertion that the judiciary is complacent and dependent because of job security and benefits awarded by the Kremlin, means that the trend towards finding and imprisoning ‘criminals’ does not show signs of decreasing. Judicial tendencies to rule in favor of the state coupled with prosecutors bent on dismantling companies for the financial benefit of people in power means that small and medium sized businesses and entrepreneurs are at great risk in Russia. The reasons for the ‘hunting down’ of small business owners in Russia is due to a few factors: they are easily preyed upon because of their lack of political capital, and to punish those who may openly disagree with those in power. Ms. Romanova asserts that independent businesspeople are an easy target for those who seek to increase their financial gains by using their political power to manipulate a malleable system.