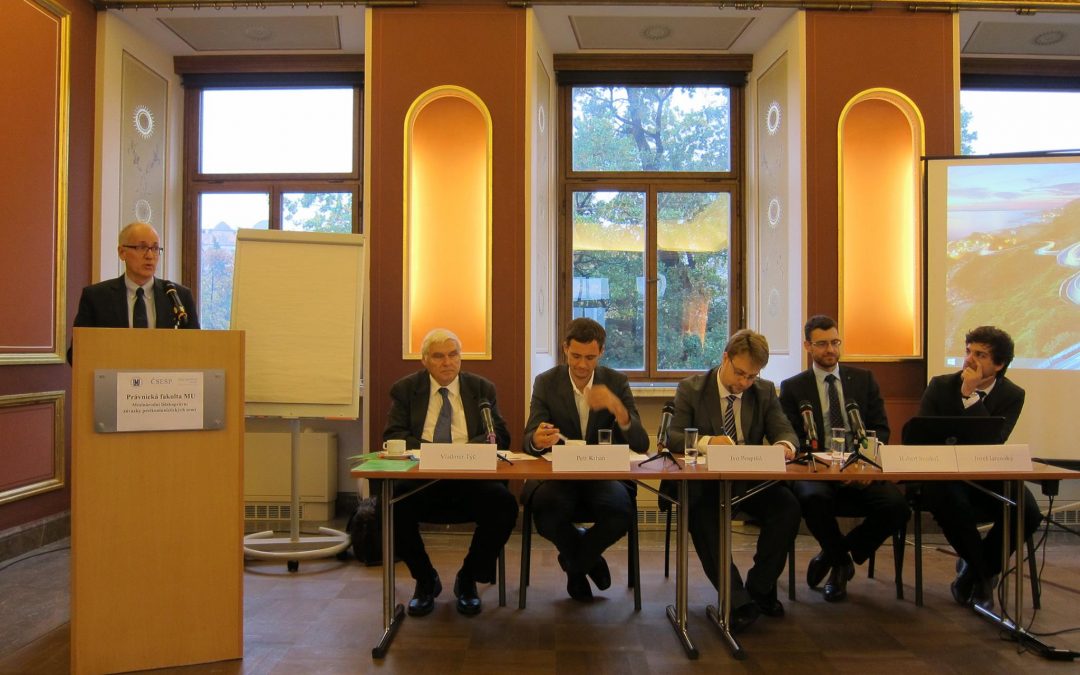 The CEELI Institute was delighted to host and cosponsor a conference on International Human Rights Obligations of Post-Communist Countries, in partnership with the Law Faculty of Masaryk University in Brno and the Czech Institute for European and Comparative Law, held at the Institute in October. The conference was attended by almost 100 professional participants from across the Czech Republic, and focused particularly on recent research by Masaryk University scholars on the process of signing and ratification of international human rights conventions by Central and Eastern European countries, including the Czech Republic and Slovakia.

Aspects of the Czech transition to democracy have recently been under siege by some sectors of the Czech political spectrum. This conference highlighted the Czech Republic’s role in ascribing to human rights principles, and focused on the conditions under which the treaties are created and ratified, with an aim to bring academics and practitioners together with aim of promoting professional exchange across the legal community. Conference participants thus included members of academia, as well as representatives of the Supreme Court of the Czech Republic, other high courts, as well as professionals from various government bodies.

This program reflects the broad engagement by the CEELI Institute with Czech legal institutions.