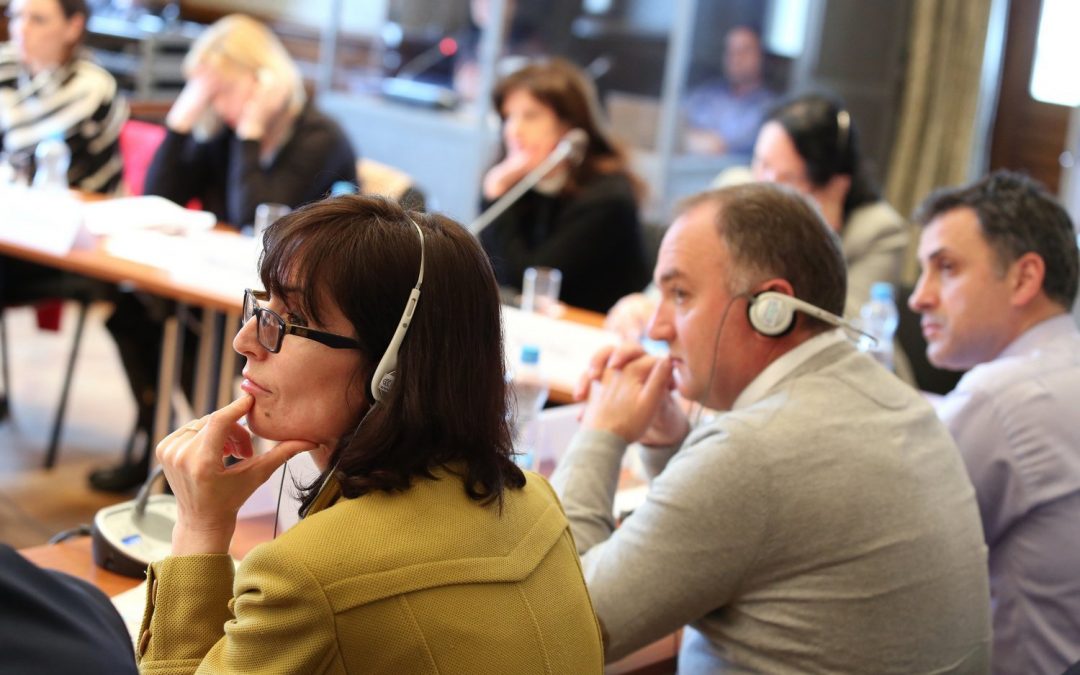 In March, the CEELI Institute continued its ongoing efforts to support judges in countries on the front lines in the fight against terrorism, with support from the US Department of State’s Counterterrorism Bureau. The most recent program was designed to support judges from the Western Balkans and brought together judges and prosecutors from seven Balkan countries – Albania, Bosnia and Herzegovina, Croatia, Kosovo, Macedonia, Montenegro, and Serbia. These countries continue to be on the front line of European counterterrorism threats, as they sit directly abreast of the main transit routes for Syrian and other refugees, and see first-hand the phenomenon of returning foreign terrorist fighters. The intensive three-day exchange focused on useful practices for judges adjudicating cases involving terrorism and other national security issues, with special reference to The Hague Memorandum on Good Practices for the Judiciary in Adjudicating Terrorism Offenses, a Good Practice document based on relevant international guidance and developed under the auspices of the 30-nation Global Counter Terrorism Forum (www.thegctf.org).

The March program was held in Prague, and we again welcomed a representative from the International Institute for Justice and the Rule of Law (www.theiij.org), a valuable CEELI partner on our counterterrorism programming efforts. Judges from the United States and Germany with specialized experience in counterterrorism adjudication facilitated highly interactive exchanges, using firsthand experiences, case studies, and hypothetical problems to engage the assembled group and drive the conversation. Valuable regional insights were provided by a Brussels-based counterterrorism expert from Slovenia. Additional contributions were provided by the US Department of Justice’s Resident Legal Advisors from Turkey and the US European Command (Stuttgart), both career prosecutors.

The CEELI Institute’s judicial counterterrorism efforts represent a unique opportunity to work directly with judges who are struggling to handle terrorism cases in a region plagued by new threats and challenges. These judges are often grappling with issues of first impression involving new laws, new kinds of cases and evidence, new factual scenarios and new sentencing challenges. This program provided them an important opportunity to share experiences and good practices in addressing these key issues. The judges were highly motivated and engaged.
The next stage of this project will involve a similar program for judges in the Middle East/North Africa region, to be held in fall 2017. We are also working on developing a case management tool/checklist we hope will serve as a universally applicable tool for judges who will be overseeing complicated terrorism cases in the future.