Supporting the Croatian Judiciary: Facilitating Attention to and Adoption of European Jurisprudence 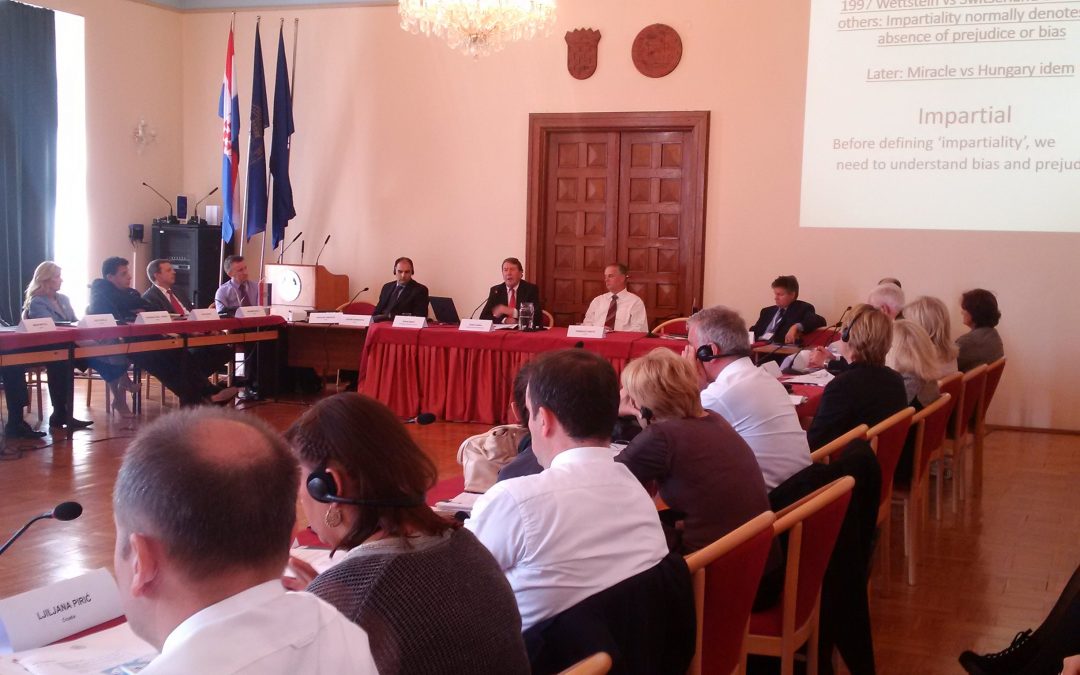 In late September, the CEELI Institute was again be able to support the efforts of the Croatian Judiciary as it grapples with challenges related to the independence and impartiality of justice—both of which continue to be under challenge in the region. Content of the program was particularly framed around Opinion No. 18 of Consultative Council of European Judges (CCJE) addressing “the position of the judiciary and its relation with other powers of state in a modern democracy.” Discussions were further augmented by reference to relevant case decisions of the European Court of Human Rights and the concepts of impartiality and independence articulated and defined therein. Such discussions are particularly relevant in the region, as working level judges are not, contrary to common assumption, well versed in the broader jurisprudence of the EU or the COE, or its application and relevance to their daily work.

The program, organized in cooperation with the Croatian Association of Judges, the University of Zadar, and the US Embassy in Zagreb, was attended by over 70 judges from Croatia and from other countries across the region.