The CEELI Judicial Exchange touches base in India 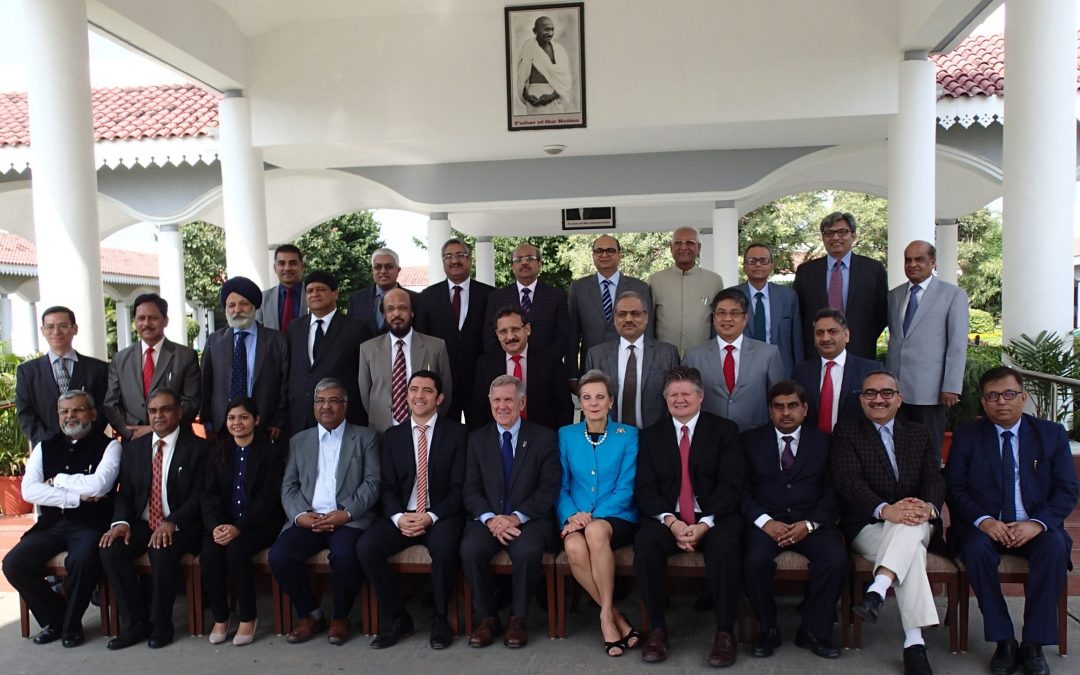 The CEELI Institute is pleased to initiate a multi-year partnership with the National Judicial Academy in Bhopal, India, and the U.S. Federal Judicial Center, which will promote a series of exchanges between U.S. and Indian judges.  This effort, generously supported by the US Department of State’s Counterterrorism Bureau, will focus particularly on judges who are responsible for adjudicating complex cases involving terrorism and national security crimes. As is on our past work on this subject matter with judges from a variety of backgrounds, including the Balkans, Middle East and North Africa, the Institute will again make particular use of relevant good practice documents generated by the 30-member Global Counter-Terrorism Forum (GCTF), a body which includes both India and the United States (www.thegctf.org).  Of particular relevance for framing the discussions in this effort is the Hague Memorandum on Good Practices for the Judiciary in Adjudicating Terrorism Offenses, a Good Practice document drafted by the GCTF with extensive international input, and reflecting relevant international standards.  The CEELI Institute is proud to have participated in the drafting of the Hague Memorandum, which was approved in plenary by the GCTF in 2015.

The Initial exchanges under this project between Indian and American judges are now scheduled for late October 2017 in Bhopal, at the Academy, and early 2018 in Washington, at the Federal Judicial Center.  As a precursor to this effort, CEELI Institute staff accompanied Judge John Tunheim, Chief Judge of the District of Minnesota, to India in April of this year for meetings with the leadership and faculty of the Indian National Judicial Academy. Over the course of 3-days, the Institute representatives outlined plans for the exchange, toured the NJA facilities, and met with key Indian partners in both Bhopal and New Delhi.

This project reflects the CEELI Institute’s ongoing commitment to work with judges in countries on the front lines in the fight against terrorism. To date, our previous efforts have engaged judges from the Western Balkans, as well as in the Middle East and North Africa (MENA). Over the course of the past two years, the CEELI Institute has successfully organized four such counterterrorism conferences, with a fifth due to take place in Malta on October 11-13 of this year.  This work has resulted in the Institute amassing a diverse and talented pool of counterterrorism experts who frequently act as program faculty.