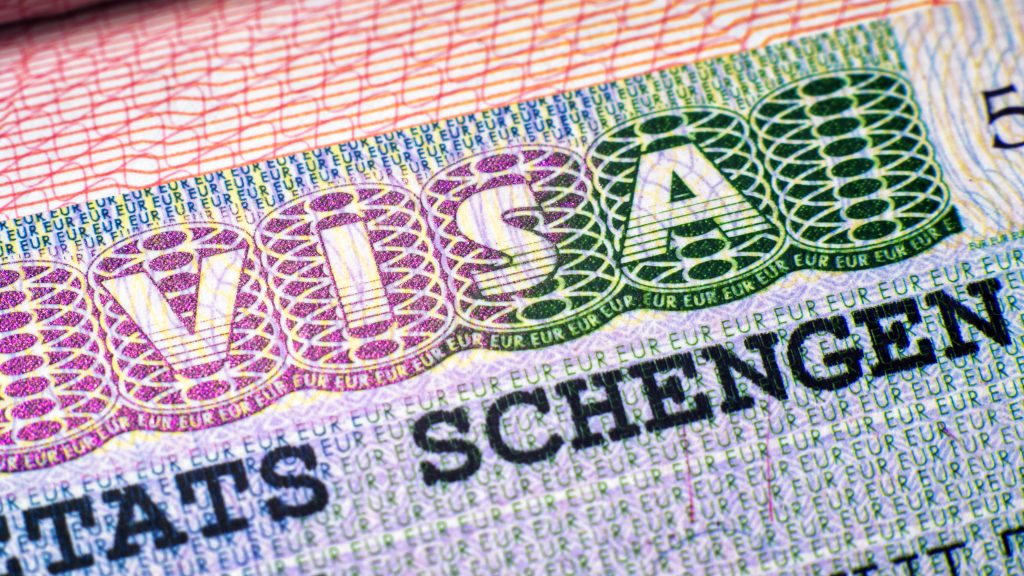 The Challenge of Applications Reviewed by Proxy Consulate

My name is B, I’m 27 years old. I am a member of a human rights youth movement and an observer for the Italian Federation for Human Rights. I attend political court trials in Kazakhstan – mainly in Astana and also keep lists of detainees during rallies, peaceful assemblies. Our work is quite extensive.

The first time I applied for a visa was in June this year (2019). We were invited by the Open Dialogue Foundation to attend various [human rights-themed] events in France. My colleague AG and I applied for a French Schengen visa, as the program was in Strasbourg. We are both observers and participants in the Kaharman human rights initiative, and we submitted our applications at the same time in June.

We were denied a visa within a week, maybe even less, although we provided all the documents including evidence of our financial sponsorship. We provided them with all of our financial information and official letters of support from Members of the European Parliament. After we were refused, we filed an appeal, but have not yet received an answer [interview from October 2019]. The fact is that we cannot get feedback, because we sent these documents by mail to France, but there is no phone contact, we simply lost all contact. But while the application was still under review in June, the consulate told us to provide a letter from the European Parliament. Instead, we were only able to provide letters from Members of Parliament. We received no reply after we submitted the letters from the Members of Parliament, but about a day or two later, they denied our visa. This was in June.

We recently also applied for a Belgian visa via the Austrian embassy [in Astana], because there is no Belgian embassy in Kazakhstan, but there is an agreement with Austria to accept Belgian visa applications through their consulate. We applied in both cases through the visa centre. There you have it. This October, we applied for a Belgian visa. We were going to an event that was in Poland and a number of events that were in Brussels. The event in Poland was the OSCE Human Dimension conference. The Brussels events were follow-up advocacy meetings with European Parliament members and with the director of the foundation that sponsored the trip. Our application was again quickly rejected. First, we were told that our documents did not comply with the visa centre standards, that the visa centre would not even have the right to accept our documents [as they were submitted]. That is, they should be completely correct. They refused to allow us to bring the proper documents to satisfy their standards. The invitation was in French, because we were applying for a Belgian visa. They told us that our documents needed to be translated into German or English as they would be processed by the Austrian consulate. Meanwhile, our [Kazakh] colleague living in Kiev, received his visa in 4 days with the same documents that we submitted.

We used the services of a visa agency to complete our forms. You don’t need anything special to fill in the form there. Everything is easy on that end. The problems started at the stage when we submitted the documents and the visa review process.

A bit more about the Austrian embassy… they asked us for a letter of guarantee from our parents to claim responsibility for us, despite the fact that I am 27 years old. The official invitation letter that mentions at least two official meetings in Brussels. We replied to the consulate and pointed out that there were planned meetings. They asked for an explanation for why we did not apply for a Polish visa, but we explained that we would be in Poland for fewer days than we would be in Belgium. We applied the principle that we should apply to the country where we would be spending more time. The Austrian consulate also asked why we were unemployed. At that time, we did not have official jobs, but I don’t know why the Austrian consulate needs an explanation of the reasons for our employment status. We were asked to provide our parents’ bank statements. I believe that this is very personal information. I had already provided my bank statement, which had enough money to support my trip, and evidence that this trip was sponsored by a foundation, but they refused to look at the letter of support from the foundation.

As for the visa centre, their work is quite straightforward. They have some regulations and accept documents according to those standards only. I want to stress that this part of the process was easier. My visa was refused after the visa centre processed my documents and submitted them to the consulate.