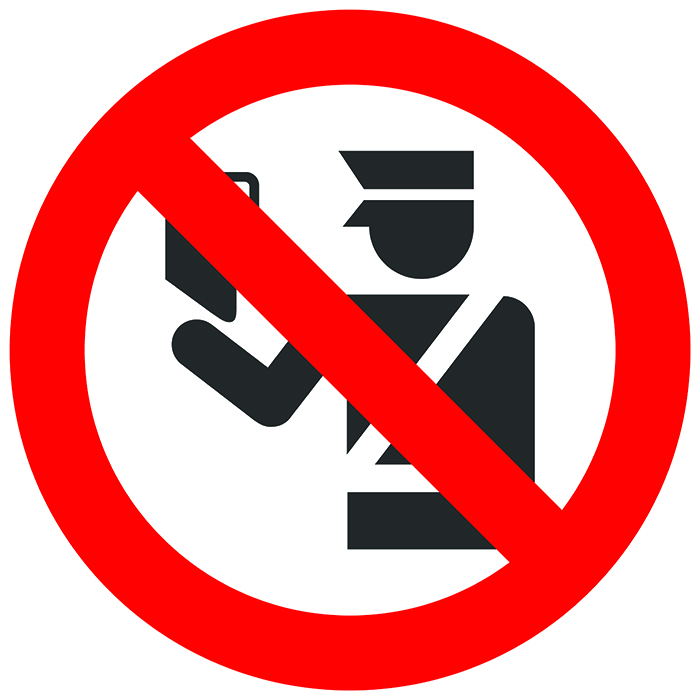 The Challenge of the Schengen Information System: Lack of Transparency

In Ukraine, I am known as a civic/political activist and active member of the grassroots initiative “Who is Behind the Murder of Kateryna Handziuk?”. Our activities are aimed at pushing forward the criminal investigation in the terrible crime against our friend and colleague Kateryna Handziuk [a Ukraininan anti-corruption activist, who died as a result of an acid attack]. We are very critical towards Ukraine’s law enforcement agencies and the police for the lack of justice. I was also involved and organised a number of anti-Russian protests and pickets in Odessa.

On June 6, 2019, I arrived at Dortmund airport, Germany, on a flight from Kyiv. That was my first time travelling outside Ukraine, and I had never been to the EU before. I was detained by German border police and informed that I had been placed in the Schengen Information System (SIS) at the request of Czech Republic, and that I am forbidden from entering the Schengen Area. I was given an official document refusing my entry, but it did not include the reason for my inclusion in the SIS. I was informed orally that my profile has the highest level of alert. Later, the Czech police confirmed that I am considered a “threat to Czech national security”. In order to clarify the circumstances of my inclusion in the SIS, I appealed under the official procedure to the Czech Police (as the authority who entered the SIS alert) and the Personal Data Protection Committee of Czech Republic (the competent body which oversees the use of personal data.) Neither institution provided details about the reason for the inclusion of my personal data into SIS, nor explained who decided that my presence in EU will be disruptive to public order.

According to EU regulations, any person included in the SIS may apply to a national court for access to information, rectification, erasure or compensation. However, the Czech legislation provides that if an alert in the national system or SIS is based on grounds of national security, they are not required to release the basis the alert. This decision cannot be appealed in court, as national security cases are excluded from judicial review. So, in my case, there is no effective legal remedy to dispute the grounds for the alert.

I’ve never entered the EU before and therefore could not have violated public order or laws, terms or conditions of stay of any European country, in particular, the Czech Republic. I did not do anything that would trigger inclusion in the SIS database. I was travelling with a biometric passport and as a Ukrainian citizen, am not required to apply for a Schengen visa. It is unclear how the Czech Police or other national security authorities received my personal data. The National Police of Ukraine and National Migration Services confirmed officially that they did not provide any personal data about me to the Czech authorities or other third parties. The Ukrainian Ombudsman refused to intervene in my case and forwarded my complaint of misuse of personal data to the General Prosecutor Office.

Due to the lack of clear concerns of the Czech Police with regards to my virtue or integrity, I have reasonable grounds to suppose that the inclusion might have been initiated by the Ukrainian law enforcement agencies and is politically motivated.

Within a period of several months in 2019, another five Ukrainian civil society activists were detained on the borders of Denmark and the Czech Republic and deported back to Ukraine due to inclusion into the Schengen Information System under the request of the Czech Police. All were activists of the Revolution of Dignity and veterans of Russia’s War in Donbass. They actively participated in street protests and rallies organised by the Ukrainian NGOs and human rights organisations, publicly criticised the law enforcement chiefs in Ukraine. All five are active members of the same grassroots initiative as above, “Who is Behind the Murder of Kateryna Handziuk?”, a joint action of friends and colleagues of Katya Gandziuk, an activist murdered at her hometown Kherson a year ago. Four of the activists appeared to be included into the “Internal Czech Police Database” as persons, “for whom an alert has been issued for the purpose of refusing entry”. The reason for the inclusion of the fifth activist into the SIS is still unclear.

All five activists frequently visited the European Union before May 29, 2019 – the date their personal data were included into the SIS (according to official letters from the Czech Police) using their biometric passports. They did nothing to be included in the SIS database or any other lists of wanted-persons. None of them violated the EU or Czech laws during their stay in the European Union or Czech.

The Czech Police did not provide the activists with the grounds for their inclusion into its ‘internal database’ and stated that, after reviewing their case, they decided ‘to retain the alert against them’.

Under Czech law, it is not possible for the Ukrainian activists to have the Czech police’s decision to include them in the ‘internal Czech Police database’ and, consequently, in the SIS reviewed by an independent Czech court to the effect that they have no effective remedy against the decision.