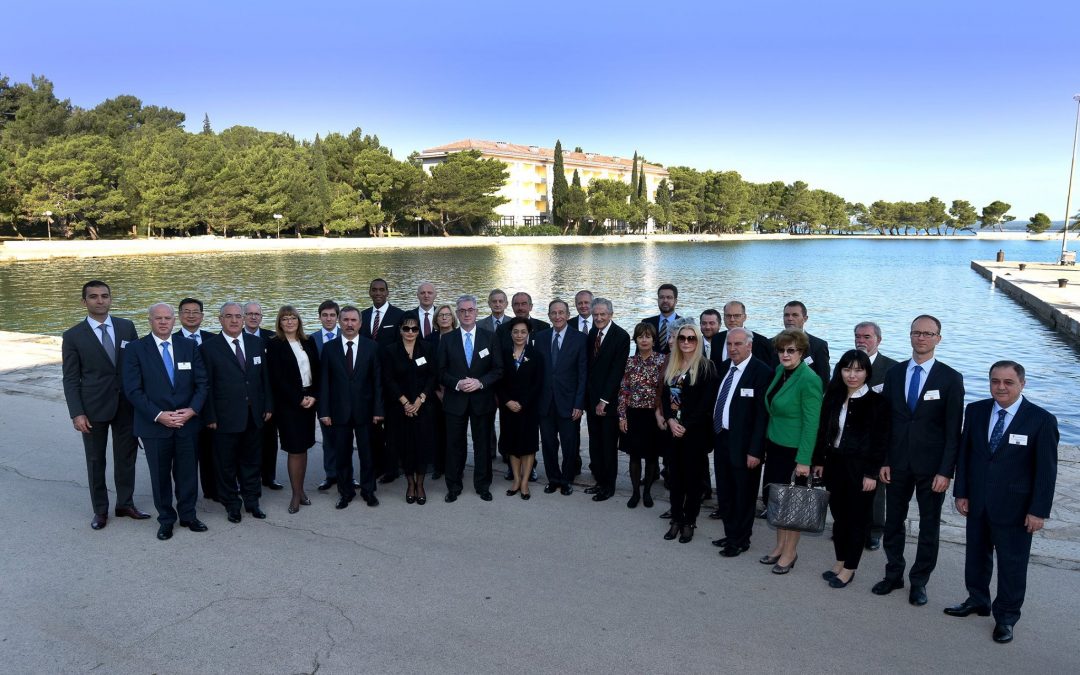 The Conference of Chief Justices of Central and Eastern Europe is a self-sustaining organization whose members are the Supreme Court Chief Justices who lead the judiciaries of twenty-three nations from the Baltic Sea to the Caucasus, including the Balkan Peninsula. The Conference meets annually in one of the member countries to address the many common challenges faced by the Chief Justices in improving their countries’ judiciaries, promoting judicial independence, strengthening integrity and accountability, improving court management, fighting corruption, and building public support for the courts. The CEELI Institute has been honored to support the work and mission of the Conference since its inception in 2011.

This year’s Conference was hosted by the Supreme Court of Croatia, from 11-14 October at the seaside Croatian town of Brijuni. Notably, this year’s session saw the culmination of work over the past three years, with the signing by the assembled judges of the Statement of Principles of the Independence of the Judiciary, known now as the Brijuni Statement. As noted by this year’s Conference host, the Honorable Branko Hrvatin, President of the Supreme Court of Croatia, the Brijuni Statement represents a “clear commitment by the Judges of Central and Eastern Europe to the Rule of Law.” The Brijuni Statement reaffirms the fundamental principles of judicial independence and integrity, and adds to the body of international instruments that recognize that true judicial independence, both institutional and individual, is indispensable to the successful functioning of the judiciary under the rule of law.

The Brijuni Statement is modeled after a similar effort undertaken by the Conference of Chief Justices of Asia and the Pacific, which resulted in the adoption of the Beijing Statement of Principles of the Independence of the Judiciary in 1995. The Brijuni Statement is a reaffirmation of a long-held and shared belief amongst its signatories in judicial independence and the obligation to uphold the rule of law.

The CEELI Institute’s efforts have supported the work of the Conference of Chief Justices of Central and Eastern Europe since its inception in 2011. Indeed, the formal organization of the Conference was preceded by two Judicial Integrity Roundtables held at the Institute in 2007 and 2010. The Conference itself was launched in Prague, at the Institute, with support from the U.S. Department of State, and with the commitment of United States Supreme Court Chief Justice John Roberts, who attended the first Conference, and Associate Justice Sandra Day O’Connor. The Conference is now a self-sustaining body that meets annually in one of the countries represented, and provides the opportunity for the Chief Justices to discuss common challenges, share ideas and work towards solutions. The Conference continues to flourish and since its inception has rotated between member states, each year hosted by a Chief Justice from a different country. Conferences over the past several years have been hosted by Chief Justices from Albania (2012), Montenegro (2013), the Republic of Georgia (2014), and, most recently, Croatia (2015).