Tunisia: Training on Corruption Investigations in the Area of Permits and Licenses 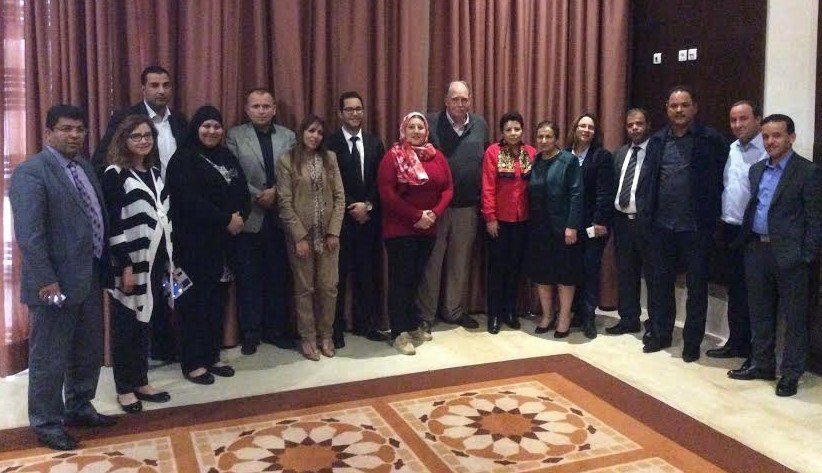 In April 2016, the CEELI Institute delivered another of its series of anti-corruption trainings organized for Tunisian stakeholders in cooperation with the Tunisian National Anti-Corruption Agency (INLUCC). The session focused on detecting corruption and fraud in the issuance of government permits and licenses. Once again, we were able to secure outstanding international faculty for the program. Dan Newcomb is the founder of the Anti-Corruption group at the global law firm Shearman & Sterling, and has participated in numerous high-profile cases, including the investigation into the marketing practices of Lockheed Aircraft Corporation, which was a precursor to the enactment of the U.S. Foreign Corrupt Practices Act. Helge Kvamme is a partner with Selmer, a Norwegian Law Firm, and is a former head of PwC Forensics and Anti-Corruption Services in Norway, where he gained extensive experience with economic crime investigations and Anti-Corruption services.

The highly interactive training was based on a hypothetical case of corruption in issuing a license for a telecommunications company, and included sample invoices, news reports, witness testimonies, internal communications and bank transfer documents that the participants, working in groups, needed to piece together into a case to present to a hypothetical prosecution. The thirty Tunisian participants at the training included representatives of INLUCC, as well as of a broad array of relevant Tunisian institutions, including government regulators and lawyers.