Tunisia – Training on Electoral Integrity and Abuse of State Resources 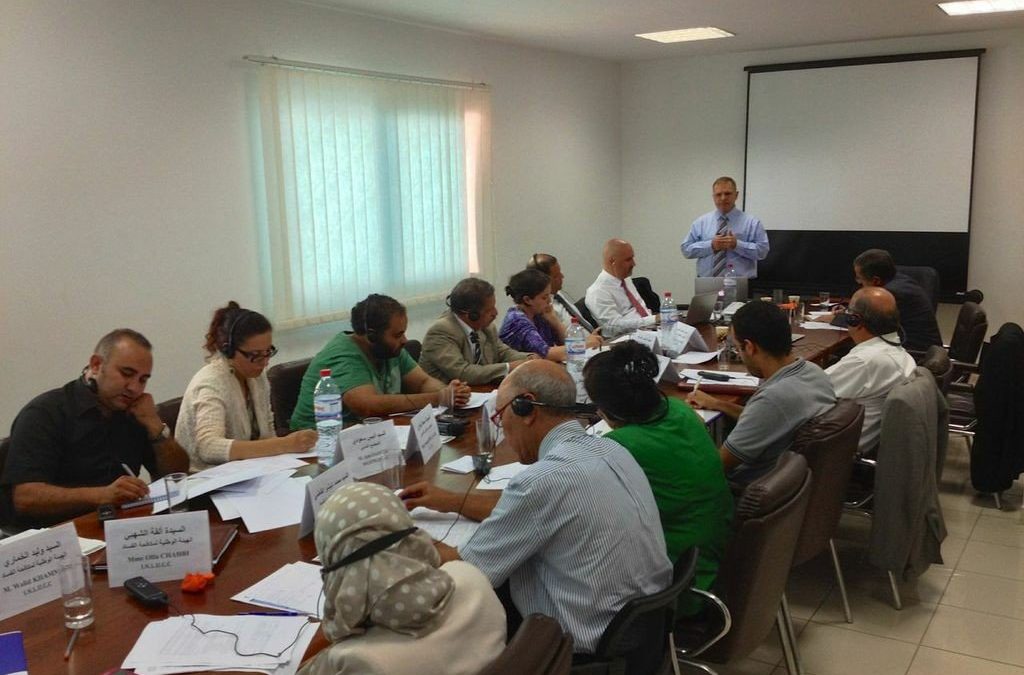 On September 16-18, 2014, the CEELI Institute partnered with the International Foundation for Electoral Systems (IFES) to deliver a three day training on Electoral Integrity, Political Finance and Abuse of State Resources at the Tunisian National Anti-Corruption Agency (INLUCC). The training comes a month before the highly anticipated Tunisian election, scheduled for October 26.

One of a series of tailor-made anti-corruption trainings and an outcome of a long-term partnership between the CEELI Institute and INLUCC, it brings together not only the Agency’s own staff, but also employees of a cross-section of other bodies, including National Assembly staffers, representatives of Ministry of Justice, Court of Accounts, private sector, public enterprises and civil society.

IFES trainers Magnus Ohman and Hermann Thiel focused on various angles of preparing and organizing elections and managing and monitoring political finance, such as legal requirements, reporting, mandates of oversight bodies in other countries, as well as some typical strategies and tactics used by those trying to tilt the playing field to their advantage.