Watch Now: Preserving a Free Society: Governmental Power and the Rule of Law 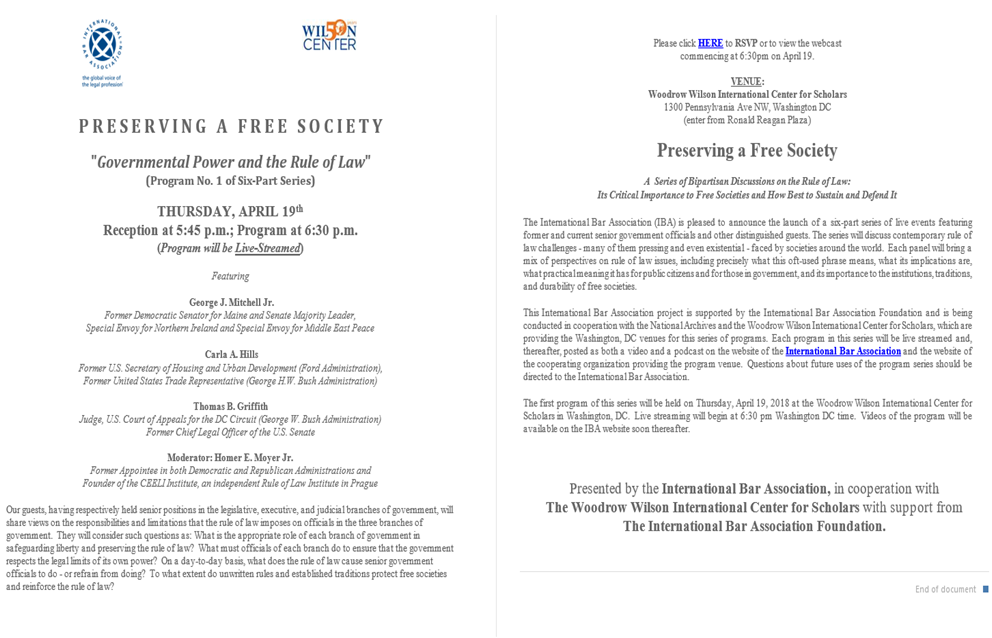 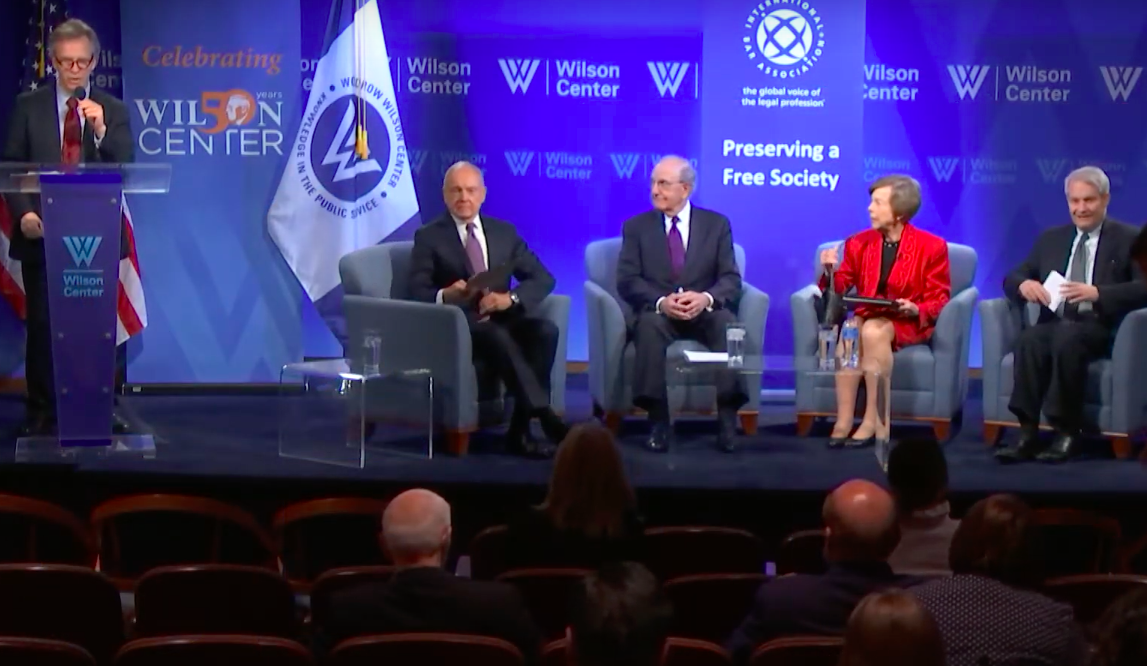 The CEELI Institute is delighted to announce that its Founder and Board Chair, Homer E. Moyer. recently hosted a widely broadcast panel on ‘Governmental Power and the Rule of Law,’  held in Washington DC and hosted by both the Wilson Center and the International Bar Association.

The panel included perspectives from an impressive range of voices, including Senator George Mitchell, the former Peace Envoy to Northern Ireland and the Middle East,  former United States Trade Representative Carla A. Hills, and US Court of Appeal Judge, Thomas Griffith.  The panel launches the International Bar Association’s six-part series on ‘Preserving a Free Society’ which will feature former and current senior government officials and other distinguished guests discussing the rule of law.

Future panels will continue to bring a mix of perspectives on rule-of-law issues, including precisely what this oft-used phrase means, what its implications are, what practical meaning it has for public citizens and for those in government, and its importance to the institutions, traditions, and durability of free societies.